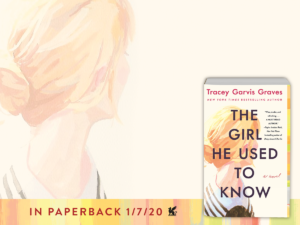 I don’t know about you, but I’m knee-deep in holiday shopping, decorating, baking (and eating). I absolutely love this time of year and I’m in my element from Thanksgiving until New Year’s Day.

First of all, I want to thank everyone who voted for The Girl He Used to Know in the Goodreads Choice Awards. It was my first nomination and it was truly an honor. I didn’t win, but I was absolutely thrilled to have been considered (and huge congratulations to winner Casey McQuiston’s Red, White & Royal Blue!).

I am so grateful for the amount of love that’s been shown for the book since its publication last April. I don’t think a day goes by that I don’t receive a message on social media about how the book has touched someone. That is the highest compliment you can give to an author and I want you to know how much it means to me.

This year, 2020 will start off with a bang because not only do I get to celebrate a new decade but also the publication of the trade paperback edition of The Girl He Used to Know (available January 7th). I can’t wait to hold it in my hands.

The trade paperback is available for pre-order now at the links below:

More exciting trade paperback launch news to come! But in the meantime, I hope you all have a wonderful holiday season full of blessings, joy, and good cheer. 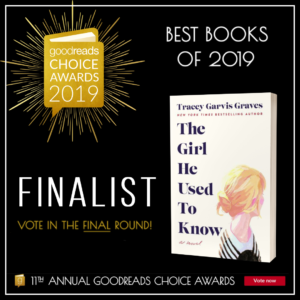 I’m so excited I can hardly stand it. It has been a long-term goal of mine to see one of my books listed as a nominee in the annual Goodreads Choice Awards. I was thrilled when I learned that The Girl He Used to Know would make that dream come true for me. And now that the book has made it into the finals in the romance category, I can hardly contain myself. Who would have thought? Clearly, not me. But now I am over-the-moon about the amount of love and support my readers have shown for this book. Thank you from the bottom of my heart! It truly means the world to me.

P.S. The trade paperback edition of The Girl He Used to Know will be available on January 7th. I can’t wait!

To purchase your copy, simply click on the retailer of your choice below.

Thank you to everyone who has been patiently waiting. I can’t tell you how much I appreciate it! 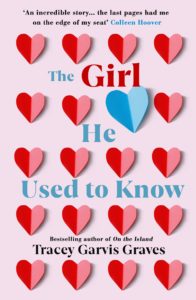 Also, foreign rights for The Girl He Used to Know have been sold in the following countries: Israel, Czechoslovakia, Italy, Germany, Serbia, Croatia, Bulgaria, Romania, and Poland. I don’t have publication dates yet, but I’ll pass them along when I do.

Good morning, everyone! Guess what? The ebook of On the Island is a BookBub deal today! It’s available for just $1.99 for a limited time. Get it now wherever ebooks are sold. For buy links, click HERE and scroll down to the listing for On the Island. 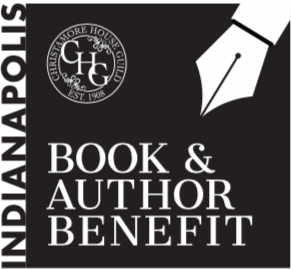 I’m thrilled to announce that I’ll be one of the participating authors at the Christamore House Guild’s 39th annual benefit luncheon on Friday, April 26th. This event will be held in the Indiana Roof Ballroom in Indianapolis and I’ll be joined by Martha Hall Kelly, Taylor Jenkins Reid, Kate Quinn, Whitney Scharer, and Annie Ward. Signed books will be available for sale before and after the luncheon and author program.

I would love to see you there!

Would you like to read the first chapter of The Girl He Used to Know? Click on this link and you’ll be taken to BookBub for a look at this exclusive excerpt. And if you’re not already following me on BookBub, I’d really appreciate it if you could hit the follow button on my profile before you go.

I can’t wait for you to read this book! April 2nd can’t get here fast enough. 🙂

Here’s a current list of my events and appearances. For details, please click the events tab. I hope to see you there!

I am so excited to have received this wonderful review from Kirkus for The Girl He Used to Know.

“Living alone for the last 10 years has pushed Annika Rose, a woman on the autism spectrum, toward independence. Yet bumping into Jonathan Hoffman, her college sweetheart, in the frozen food section of their local grocery store sparks hope for something more.

Following a vicious bullying incident in seventh grade, Annika had been homeschooled, so college life challenged her. Luckily, just as she was about to throw in the towel and head back home, her compassionate roommate, Janice, took Annika under her wing, helping her to better read and respond to social cues. It was Janice who took Annika to her first chess club meeting, a place that became sacred to Annika. With the chess board in front of her, Annika could enter a space of clear rules and no confusing emotions, and it was at chess club that Annika and Jonathan first met. After she trounced him in their first game, Jonathan was smitten by the beautiful yet terribly shy Annika. Over the course of their senior year, Jonathan and Annika’s romance built from tentative touches into a passionate affair that crashed shortly after Jonathan took a job in New York. Now divorced and skittish, can Jonathan open his heart to Annika’s love again? Or will the mystery behind their breakup keep them apart?

Telling the story primarily from Annika’s perspective, Graves (On the Island, 2012, etc.) mirrors Annika’s own logical, concrete thought patterns with straightforward sentence structure and minimal description. Careful to balance the emotional and intellectual power between Annika and Jonathan, Graves creates a believable love affair in which Annika is not infantilized but rather fully realized as simply different. And her differences become her strengths when catastrophe strikes, compelling Annika to take the lead for the first time in her life.

The Girl He Used to Know will be published on 4/2/19. Have you pre-ordered your copy?

Would you like to receive a bookplate for The Girl He Used to Know, signed by me?

Pre-order your copy today and you will! Click on this link for details. Pre-order links for the book are also below.

Have a great weekend!